Startups in Bangalore – Why It’s The Right Place to Launch Your Startup? 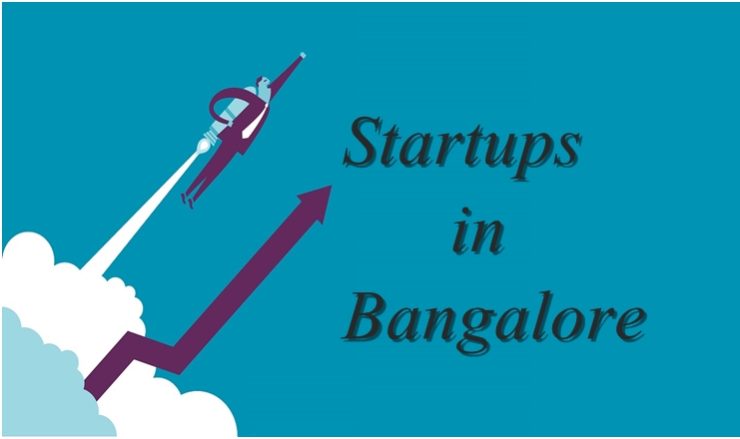 Bangalore, being the silicon valley of India, gave birth to a variety of businesses. From bike renting to sending packages to a friend, there is always someone to help you with your everyday needs here is the few things why startups in Bangalore is this much popular and the success ratio.

Best Place for Launching a Startups in Bangalore:

Several MBA Colleges in Bangalore provide entrepreneurship development courses. Such courses help students to come close to being a future entrepreneur. Bangalore, known as the silicon valley of India, is the hub of startups. New ads about something-or-the-other new startup always come up. The city never fails to amaze.

The image of what we all have of an entrepreneur is something like: In the mid-20s/30s, messy curled up hair, nerdy, and a lot of money. That’s not how it really is for the case of every one. Some start early and some late. Everybody has their own time.

Different times come for every entrepreneur. For some, it may come too soon, for some, a little late. One should always focus on working smart and on point. Hard work and dedication provide to get it all through. We have instances here:

In 2012, the then 18-year-old Ritesh Agarwal had founded Oravel Stays Private Limited, more commonly known as OYO. Since then, Ritesh raised 4 rounds of funding. Moreover, the most recent one came in 2018 amounting to USD 1 Billion from SoftBank, Lightspeed, Sequoia, and Greenoaks Capital. Today, OYO operates over 12,000 hotels in India, Malaysia, Indonesia, UAE, Nepal, and China. It is the largest hospitality company in India.

Apart from this, Mark Zuckerberg found Facebook when he was only 20 years old. He released facebook from his college dorm when he was at Harvard. Essentially, it was only for the students of Harvard. Later, it grew to serve the students in the city of Boston, and then to Ivy League and then much bigger. It only required a working email ID, to begin with. He is worth more than USD 60 Billion today. Facebook is counted in the Big 4 tech companies alongside Amazon, Apple, and Google.

Both these examples show us how young entrepreneurs have affected the world that we live in. All of us get much motivated knowing their stories. But, having to be successful at such an age requires hard-work, dedication, and determination. Majority of companies found by people aged less than 20 years have failed.

Let’s take another example of Mr. Ray Kroc. He joined McDonald’s company when he was 52 years old. In 1954, McDonald’s had spread to 6 outlets when Kroc had joined in as a franchisee agent. He started opening more and more stores setting the stage for national expansion. He eventually took over the McDonald Brothers. Today, McDonald’s is the world’s largest restaurant chain by revenue. Being 52 that time, Kroc started with the restaurant business and eventually led the company into global enlightenment.

Charles Flint, the founder of International Business Machines (IBM) was 61 when he had found it. He had first found the Computing-Tabulating-Recording Company (CTR) in 1911 and later renamed it as IBM in 1924 when he was 74. Furthermore, IBM helped NASA for the Apollo Missions. In a way, it was the IBM computers which traveled to the moon.

Seeing to all these examples, we know it is never too late to start anything. Kroc had later joined hands with Disney and other such parks to open franchisees there. Ritesh, being so young, still has horizons to cross and discover newer limits.

Today, a business can be built around anything. One has to just realize the need for it and market their product well. Marketing is one of the key factors when it comes to the sustainability of the product and the model. It involves creating a desire or need for the product in the eyes of the prospect and to later make a profit out of them.

Marketing has traveled long from where it all had started. Digital Marketing is what they call it now. With the rise of the Internet and the search engines, entrepreneurs no longer want to advertise on the TV. It’s majorly all online.

It’s Google who’s ruling the majority of the digital space. Google Ads and Search Engine Optimisation have changed the way we buy anything. Basically, there are two ways to improve ranking on Google (or any other search engine): SEO and SEM. Search Engine Optimisation (SEO) requires one to work on their website keeping in mind a set of factors while writing their website. There are over 200 such factors which affect ranking. This is a free and time taking process. On the other hand, Search Engine Marketing (SEM) requires one to pay to Google for improved ranking. Google charges the websites on a Cost-per-click (CPC) basis. This cost depends on the number of traffic the keyword drives in. The more the traffic, the costlier it gets.

Marketing is the most important part of any new business. If prospects do not realize the need for your product, they would not just buy it. This art of playing with minds and creating a need is what is required in a good entrepreneur because if one cannot do that, the business just wouldn’t run.

Entrepreneurs come in all ages and sizes, but they all have one thing in common, hard-work. The biggest gift we can give to ourselves is hard work, it never fails.

“There is no substitute for hard work”. – Thomas A. Edison